Today in English class we were introduced to an app called PressReader.

“PressReader delivers the world’s newspapers and magazines to millions of readers the way they want to receive them – in print, online, or on their mobile device, tablet or eReader – wherever they live, travel, work or play.”- Pressreader.com

Akershus county delivers it to all the students and teachers in our region for free. That mean we have access to newspapers and magazines from all around the world in one place. There is also a possibility to read articles not only from today but also from days and even months ago. We can read the news on-the-go, just by using the app on our phones, but we have to load the newspaper when we still are connected to the schools internet.

The surprising thing is that even though every paper was writing about the same thing, all of them had slightly different information and facts. For instance, the number of deaths and cancelled flights varied greatly. But the overall information is basically the same- the blizzard attacked New York on Saturday morning and had lasted throughout the weekend. It made quite a lot of traffic and accidents. People were told not to leave their houses if they didn’t have to, and buy their groceries in advance.

But as the article says, not New York but Washington DC was the epicentre of the storm, where schools, government and the transit system closed early. There, the blizzard was the strongest out of all the cities in the USA. Fortunately, the worst is now over, and now this awful weather is heading to Europe- first the United Kingdom, then probably also Norway.

Today in class we read and discussed a short story by Amy Tan titled “Two Kinds”. The plot of the story is about a mother and her daughter. They are of Chinese origin, and the mother has emigrated to America some years ago with her husband. Her memories of China aren’t the best, as she has lost everyone who has ever been important to her, including her twin daughters who died at birth. Therefore, she has experienced many unfortunate things in life.

I have to admit that the story made a very good impression on me. I understand both the mother and the daughter, and can actually relate to both of them. Starting off with the mother- moving to America was surely a big and hard step for her, and she doesn’t have other possibilities for earning money than by cleaning houses. However, she has hopes for her daughter, to achieve something more and become a prodigy. She tries everything, but, unfortunately, it doesn’t go as planned. In the beginning, the child was obedient and did as was told, but after some time, she understood that there wasn’t any good in what her mother had in plan. She started to stand up to what she was told and didn’t want to do anything of what her mother had made her to. Unfortunately, the woman stubbornly waded into her goal of having a perfect daughter, and the next thing she came up with was an idea for piano lessons. That didn’t go well at all as we might imagine.

At this point, I have to agree with the daughters point of view. It was very unwise of the mother to force the child into doing so many different things she didn’t enjoy doing, just for the sake of being a prodigy. I hate that it didn’t give her food for thought to stop trying to put so much pressure on the girl. It’s not the right thing any parent should do. But should parents have any say at all in their child’s choices? In my opinion yes. The role of a parent is to guide their children through life and help them make the right decisions. I’m sure they have a lot more experience and know much better what to do in a certain situation, but they should never constrain anything on their son or daughter.

Maybe if Jing-mei’s mother would encourage her to do things she was actually interested in rather than fulfilling her own dreams, she would have had a much better influence already since she was little. Unfortunately, she grew up hating herself for not being the person someone expected her to be; hating her mother for having to do what she said and probably thinking that there was something wrong with her, as she couldn’t be decent at anything in particular.

In order not to end up this post in such a negative way, I wanted to mention a few aspects of the significance of the story “Two Kinds”. The ending makes us reflect on the whole story and lets us interpret it in a different way. After her mother’s death, Jing-mei begins to realize what her mother had wanted for her. She looks back over the music and discovers something that she hadn’t noticed before. The song on the left-hand side of the page is called “Pleading Child”; the one on the right, “Perfectly Contented.” She realizes that the two titles are two halves of the same song. This is connected by the theme of the tension between mothers and daughters. The mothers and daughters in this book are separated by many factors — age, experience, ambition, and culture. The “pleading child” cannot be “perfectly contented” because she cannot resolve her difficulties with her mother — and herself. In her struggle with her mother, she is struggling with her own identity. But she certainly has found herself by now and the events from her past have shaped her into the person she is today, which is surely an independent, strong and confident adult. 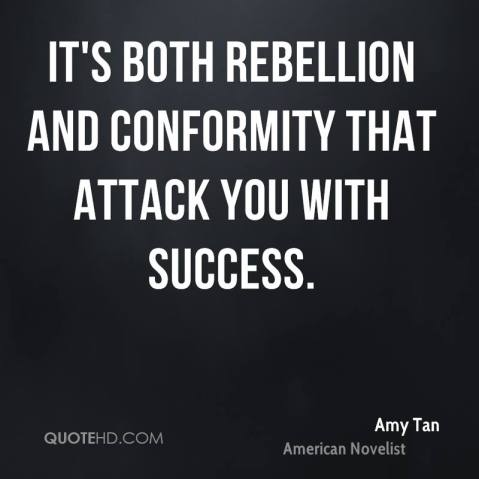 This year I have started high school, which means that a new chapter in my life has begun, and thus many new responsibilities. English has always been an important part of my life, therefore, I love to expand my knowledge in it. 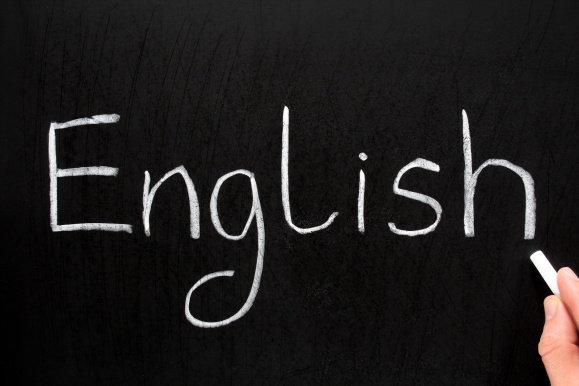 That is exactly what I’ve been doing since august. In English class at my school, we do many different things- from writing a blog, to making videos in English. In that way, we get to try out new ways of learning, and none of our lessons are alike. Together with my group, we have reflected on our learning in the past 6 months, and this is what we all agreed on:

I agree with them. In my opinion, a good way to improve our English is by involving ourselves in as much as we can. Reading books is especially important, as that’s how we learn a lot of vocabulary. Watching films and tv-series is a possibility for us to become familiar with proper pronunciation. It is extremely important to speak a lot, because then we develop our fluency.

I am most satisfied by work in class when we do various things, which can be for example doing reading comprehensions, revising grammar and expanding our vocabulary. Making videos, radio shows and other projects are also something I like doing. The most important thing for me is to learn something new each time, then I feel as if I am making progress in my work.

I have to admit that my English has become better this semester. My plan for next six months is to get even more fluent in speaking and learn more subject related vocabulary. I hope it is going to be a good semester 🙂

Last Wednesday (06/01/2016) our teacher had planned that we were going to make a video in our English lesson. The class was divided into two groups, where one of them was assigned to make a short video about Kahoot, while the second group (which I was in) was meant to briefly talk about technology at our school.

As a class which loves trying out new and exciting things, everyone started moving and got straight to work. The groups consisted of around 15 people, which is quite a lot. Therefore, we started off with organising ourselves by deciding who was responsible for what. I got the job as the editor of the film, which meant I was supposed to put it all together at the end. (Unfortunately, I didn’t think that choice through, and before we finished filming I had to go to the orthodontist.. Luckily someone took over my position).

We loaned a professional camera and microphone from the media department in our school, so we got to experiment with proper equipment. That was a great experience! I’m sure it would be a great idea to learn some more about making films in a competent way. 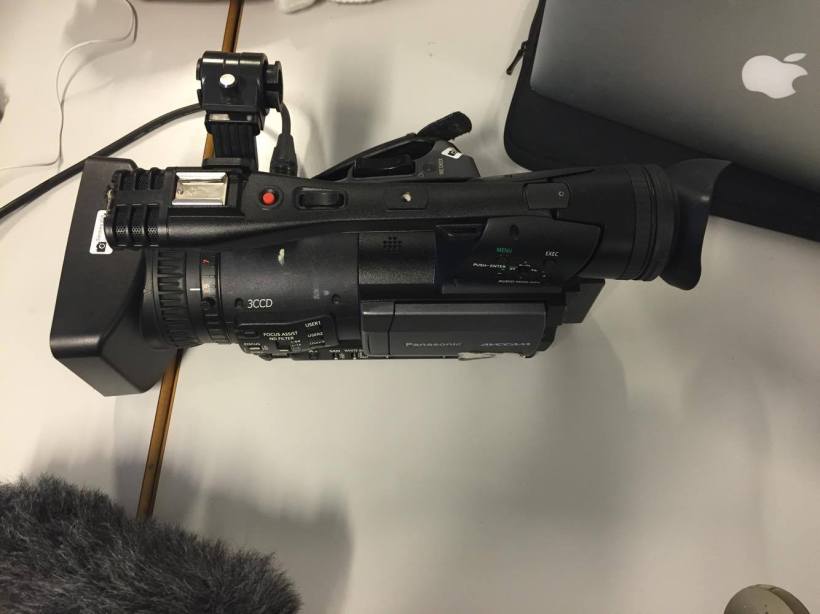 Our video is about an English teenager, which has come to our school as an exchange student. He is not used to using laptops in class and doesn’t understand why there aren’t any books in the classroom. Afterwards, someone shows him around the school and explains the schools system. He is quite stunned by that, but surely will get used to it and be satisfied soon.

I’m very happy that our English lessons are so interesting, and I can’t wait for my teacher to show our videos on a conference in London! I hope the participants will be astonished by our great work!

Also, be sure to check out both of the groups videos!

Visitors around the world